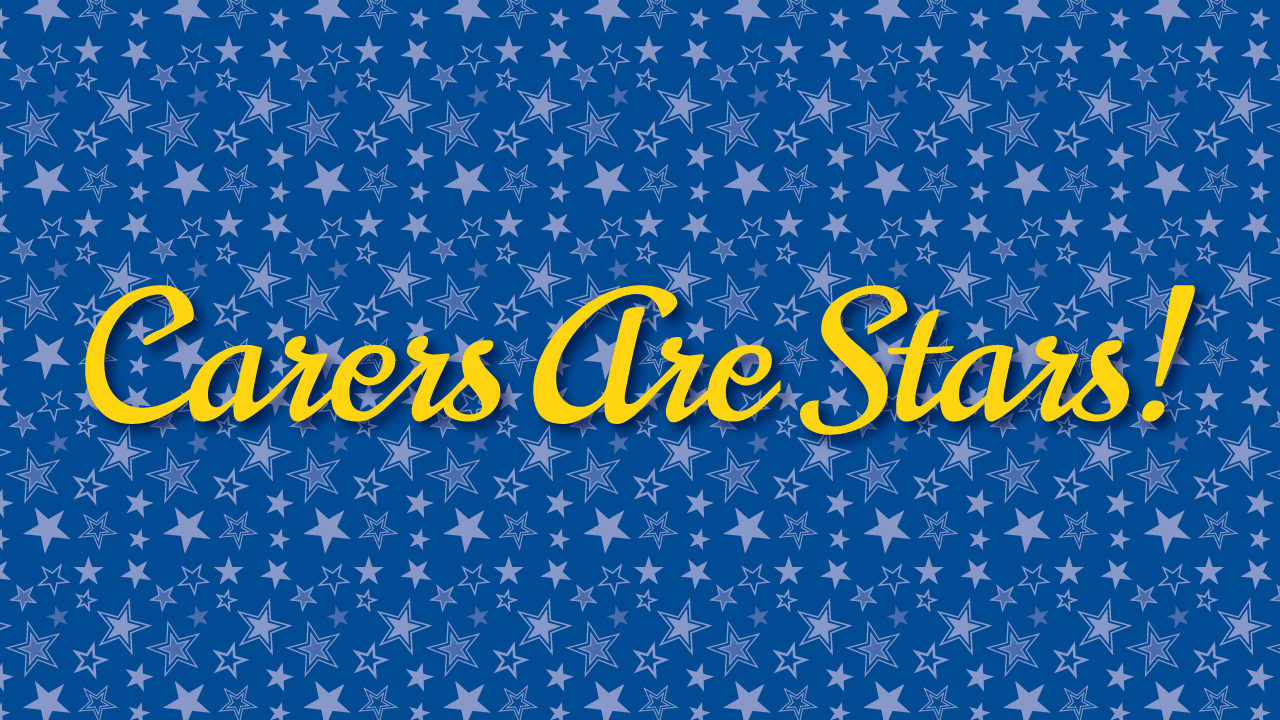 In late October I was approached by VOCAL who, this time, were looking for a piece of stand-alone branding that they could use for their 2020 “Carers Are Stars!” festive campaign.

The identity needed to be flexible as it was intended to be used on printed greetings cards and animated e-cards, incorporated into their website, applied to flier templates, and used on various pieces of merchandise.

After submitting a quotation, which was accepted, I set about taking the written information and mood boards ideas that they had provided to me, and turning them into something visual.

Wanting to create an identity, that referenced VOCAL's regular branding, I opted to use their corporate colours of yellow and blue. Stars were a starting point in constructing patterns that resembled seasonal gift-wrap – and these were produced in various colourways. A pattern was applied to part of the charity’s icon, and I selected an informal script font to produce the typographic solution for their tagline.

As we approached the final deadline, the scope of this project was scaled-back due to COVID-restrictions. But I'm sure we’ll all enjoy receiving an e-card from VOCAL before Christmas which features this work, and to watch the Christmas tree outside their Edinburgh headquarters fill up with Carers Are Stars tags that are generously purchased by the public through this campaign.